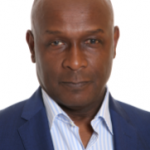 Noel has always been interested in helping others to help themselves. Having been a teacher for 20 years and a Samaritan volunteer for over 25 years, he attended a seminar for spiritual growth and human evolution in London. After listening to many presentations over that weekend, he found the one given by Dr Eric Pearl truly inspiring, and after watching his demonstration of Reconnective Healing, he saw it as an opportunity to help others as well as heal himself in much more profound and subtle ways. As he read Dr Pearl’s book, his body reacted well before reaching the last page. Later he had a Reconnective Healing® and The Reconnection® before completing the Level 1 and 2 Practitioner’s course in London.

During one of his first Reconnective Healing sessions, he experienced a strange feeling connected to his eyes, like an internal buzz. He had been having trouble with them for years, and following a major operation specialists found that various medications used were ineffective. After that experience a subsequent visit to the eye specialists showed that his condition had settled and indeed improved, he would have no need for a change of medication, something which was happening every two weeks as they searched for a cure using conventional medicine. “Personal experience went a long way in motivating me towards developing my skills as a Practitioner”

He then decided to do the Level 3 Practitioner’s course in Portugal, a course allowing him to offer The Reconnection to clients and a more powerful aspect of the whole Reconnection Healing frequencies spectrum.

Since working as a Practitioner, many of his clients have had various healings, some immediate, some taking a bit of time. “I always tell my clients that it is not me doing the healing, I am merely a facilitator, fortunate enough to be in a position to serve using the gifts of the Universe.”

Professionally trained in London by Dr Eric Pearl, the person who introduced the new frequencies on to the planet, and his team. The Level 2 Foundational Practitioner course enabled me to facilitate Reconnective Healing sessions as well as Distant Healing.

Professionally trained in Lisbon, Portugal by Ruud Den Turk, of the Reconnection Teaching Team, for the Level 3 Practitioner course. This enabled me to facilitate The Reconnection.

Mentor to Practitioners worldwide. This responsibility entails giving advice to Practitioners as well as ensuring that standards are maintained when they carry out the complex Personal Reconnection.

I did a distant healing session with another practitioner in Melbourne, Australia and me being in Woking, UK. We took turns being clients for roughly 30 mins each.

“It was 8:00 pm local time here when I started on you As a practitioner it was awesome. I could feel the palms of my hands tingling quite strongly through out the healing I could feel your energy well and it was strong and light and soft. It had waves through it. You felt like a tall person not sure if you are physically. As the client I felt peaceful and felt the light coming into me. It felt like it was energizing me. I also felt like my body was being pulled and pushed in different places. Also felt hands on my leg! I also had a sense that Eric pearl was with us for a time I am feeling extremely peaceful now as if everything is as it should be What a wonderful experience. Thank you so much for doing this with me.“

For my part, when she worked on me I felt a strong feeling of heat in the centre of my forehead, in my 3rd eye area which lasted quite a while. Eventually I fell asleep for the last 5 to 10 mins of the session. I was suffering from a painful wrist from an old injury, but that miraculously disappeared.

I worked with a client who had 3 sessions with me but after the first session he reported the following:

* Heat and tingling felt on head.

* Ripples of tingling throughout body, he felt waves going up and down the inside of his body.

Much later after the session he urinated blood clots, and felt as if his system was being cleared. Additionally, he said that he had never felt so good in a long time. He fell asleep at various points in the sessions but still experienced benefits.

Another client reported after having 1 session with me and reported the following:

* Radiating waves of energy, pins and needles up and down body.

* Pulses of hot and cold all over head, crown chakra – even though he sensed that I was at his feet.

* Feeling of less physicality – not connected to couch. Floating feeling. He could not tell where his hands were, the couch he was laying on was missing.

* Memories of key people in his life came flashing back.

* He then felt a sense of peace, a sense of love for himself and others.

One client had 3 sessions with me; the hope was that pain in his arm and shoulder would be relieved. At the onset I said that no promises could be made as the Universe does the healing and decides what is in the best interest of all. He reported the following:

* He felt heat to head and body.

* Feeling of lightness in spirit.

* Long term pain in left leg had all but disappeared.

“I cannot recommend Noel enough!! He made me feel very comfortable and secure during my appointment!! When I went to him I was having severe pain with my right shoulder!! After 24 hours of my appointment, I noticed that the pain had been reduced by approx 90%!! Also, I felt more balanced in myself!! Very happy!! :) ”

I have been working with an elderly lady who has had bouts of depression most of her life. After having a number of sessions with me she reported the following.

* She felt vibration in feet and hands on first session.

* Vibration and tingling felt in body, feet and hands.

* Her depression was lowered significantly. She felt peaceful.

I am an 86 year old man with numerous health problems. After having three Reconnection Healing sessions with Noel I noticed remarkable improvements to my health which surprised me as I was initially sceptical. I have been recommending this to my friends and family members; I was further encouraged to have The Reconnection. Since having The Reconnection, severe pains in knees have gone – I was due to have major surgery but I no longer need it.

Are you a Therapist?

We have opportunities for new practitioners and therapists all the time, why not get in touch on 0208 549 8000.