Hypnotherapy is the use of hypnosis as a therapeutic process to enable clients to overcome unwanted conditions or behaviours or for self-healing and empowerment. 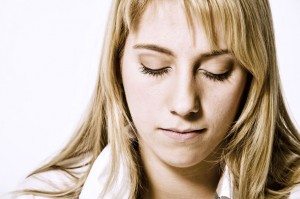 What’s it good for?

If you feel that Hypnotherapy is for you and want to book a session please call 0208 549 8000. You can also check our Therapists own pages for their individual availability.

Hypnosis has been used in healing for thousands of years in Egypt and India although it was not called hypnosis back then. The term hypnosis was in fact coined by James Braid ( 1796-1860) a Scottish-born physician practising in Manchester during the mid-nineteenth century. In the ancient Egypt there were “sleep temples” where people could heal. It was referred to as sleep, because it looked like sleep, but it is no more than an altered state of consciousness.It is also well documented that  a surgeon had used hypnosis successfully to carry out surgery without anesthetics. Even after surgery hypnotherapy can be used to speed up the healing process.

Although many people believe that under hypnosis the person “Loses” control, often as a result of watching stage shows etc., it is essential to remember that all hypnosis is in fact self-hypnosis and we all go in an out of trance during the day. In hypnotherapy you experience deep relaxation of the mind and body when suggestions for the desired changes are made.The client always retain the right to accept or reject the suggestions made. Our therapist do not believe that they have power or control over the client or the conditions treated. Ecology is very important to us.

The British Society of Clinical Hypnosis desfines hypnotherapy as follows:

“Hypnotherapy is a valuable therapy with which to release past trauma and decondition established habits. Even though our personal unconscious only ever seeks to promote our well being it can often be the seat of faulty learning from our childhood, leading to low self esteem, under achievement and sometimes worse. Often it attempts to protect us by raising our fears and anxieties to phobic levels to keep us from a particular activity or stimulus it sees as dangerous. Utilising hypnosis this way in therapy often facilitates an unconscious relearning process.”

Dispelling the Myths of hypnotherapy

What Is Hypnosis? by Michael Cohen

Most people’s only exposure to hypnosis takes place in ways that typically both intrigue and frighten them. They often see hypnosis in films and television shows where it is portrayed as a frightening instrument of mind control. They see it as a tool used by unscrupulous villains to enslave the will of helpless victims, or they see stage show artistes who use hypnosis to make people do and say things that seem well outside of the realm of what that person would likely ever do or say under normal conditions.

So for many people hypnosis is a curiosity, one of those things not unlike other seeming mystical and unexplainable phenomena. This is unfortunate because there is a large amount of evidence that demonstrates the effectiveness of hypnosis in treating psychological, emotional and some physical conditions. There have been several thousand individual studies, many of very high standard as well as formal, systematic studies of hypnosis by leading medical bodies including -The British Medical Association, American Medical Association, and The National Institute of Medicine.

When In Hypnosis A Person Is:

The state of hypnosis can best be described as a state of highly focused attention with heightened suggestibility. Hypnosis is sometimes but not always accompanied by relaxation. When a person such as a therapist induces hypnosis in another it is called hetero hypnosis, often referred to as hypnotherapy. When hypnosis is self-induced it is called autohypnosis and is often referred to as self-hypnosis. Hypnotherapists use hypnosis to treat many problems, habits and ailments. Hypnotherapy is a very effective therapy and can be applied using positive suggestion and visualisation. Modern hypnotherapists combine hypnosis with Cognitive-Behavioural techniques.Research studies have shown that when applied together  they are strongly complementary and their effectiveness is raised many times This makes for an even more effective form of therapy.

What Type Of Problems Can Hypnotherapy Help?