Stephanie believes her life is a total mess. A smoker and overweight, Stephanie tells me that she has being trying to cut out cigarettes and lose weight for years. Stephanie starts a diet with good intentions but always seems to sabotage it after a few weeks. She has the same experience when trying to stop smoking. Stephanie is doing a first‐class job at running herself down, labeling herself a failure, weak and stupid. She also has some nasty names for herself – ‘fat slob’ being just one.

Let’s join Stephanie during the early stages of her therapy session:

Michael: “You seem to be doing a first‐class job of running yourself down.”
Stephanie: “Well, I am just a total waste of space, a real failure! I start a diet, stick to it for a few weeks, then I just seem to give in to temptation.”
Michael: “So you have had a difficult time sticking to a diet but you seem to think this difficulty with dieting makes you a failure. Can you see how this idea probably blocks you from getting back on track with your diet?”
Stephanie: “I do tend to feel bad about myself and give up. Then it takes me a good few months before I start another diet.”
Michael: “Instead of labeling yourself ‘a failure,’ it would be better to look at the triggers that lead you to sabotage your diet. Wouldn’t this give you a better chance of avoiding making the same mistake next time?”
Stephanie: “Yes, I hadn’t looked at it that way.”

From this short conversation, Stephanie is able to see how holding a view of herself as a failure is counterproductive and leads to a “why bother” attitude. She has discounted the fact that on many occasions, she had stuck to her diet for two weeks or more before she had given in to temptation. When it comes to dieting, Stephanie demands perfection, and that is something that is impossible to achieve. When she does slip up, she labels herself negatively, rather than understanding that she has simply made a mistake and that she can get back on track with her diet. In Stephanie’s eyes, a mistake equals total failure. This is “all or nothing” thinking. However, after some time Stephanie can see how it is possible to make a mistake, accept herself and then get back on track with her diet. Learn to tolerate frustration The psychologist Dr Albert Ellis developed a concept he termed low frustration tolerance (LFT). This arises when a person experiences a frustrating situation or feeling and blows it way out of proportion.

He or she will have thoughts such as:
“I can’t bear it”
“I can’t stand it”
“This is awful”
“This is terrible”

If you have failed to stick to a diet, stop smoking or keep to an exercise program, then low frustration tolerance may be at the root of your broken goal. You may believe that it’s just too difficult to follow a diet and that you cannot stand the unpleasant feelings associated with abstaining from chocolate and cream cakes. Perhaps you experience a “day from hell” and believe you can’t stand feeling upset. You tell yourself, “This should not be happening to me,” and get angry and depressed. Instead of dealing with your feelings, you medicate the emotions by overeating.

“I must eat now.”
“It’s terrible to wait till dinnertime.”
“I must have my daily fix of chocolate right NOW.”

The good news is you can learn to successfully cope with the unpleasant feelings of discomfort often associated with dieting. Back to my consulting room, Stephanie is starting to become aware of how she sabotages her diet.

Stephanie: “Just the other night I was out with my friend David. We were going to see a film and decided to have something to eat beforehand. For two weeks, I had been doing really well and knew exactly what to eat and what to avoid – but I still gave in.”
Michael: “What happened?”
Stephanie: “I ordered a salad and baked potato. I ate it slowly and enjoyed the meal. After I finished, I was feeling satisfied. Then David asked to see the dessert menu. I also looked at the menu and saw profiteroles and cream – one of my favourite desserts.”
Michael: “What thoughts were going through your mind at this point?”
Stephanie: “That it’s just not fair. I should be able to have a nice dessert. I’m going to have those profiteroles – I deserve them after the day from hell I’ve just had.”
Michael: “And what were the advantages of thinking like that?”
Stephanie: “Well, I suppose it meant I could eat the dessert I wanted. I felt good for about two minutes.”
Michael: “Yes, it enabled you to justify why you should be allowed the dessert. That’s a rationalisation. What were the disadvantages of thinking like that?”
Stephanie: “Oh, lots. First, I felt guilt. I believed I blew my diet and that two weeks of hard work were for nothing. I didn’t enjoy the film or the rest of the evening with David. I can now see that when similar situations have occurred in the past it can often take me about a month before I even attempt another diet.”

I explain to Stephanie that when working towards achieving a long‐term goal there will almost inevitably be some hassles, such as emotional discomfort, along the way. Her restaurant experience with David is a prime example of that discomfort. Stephanie told herself, “It’s just not fair.” Consequently she made herself feel angry. She then went on to justify having a plate of profiteroles and cream because she had experienced a bad day at work. This had the effect of temporarily alleviating her discomfort but as a consequence contributed towards sabotaging her long‐term goal of losing weight.

Stephanie: “But I can’t stand the feeling of not being able to have chocolate and cakes.”
Michael: “If you want to successfully stick to your diet you need to challenge the notion that you should not have to feel discomfort. No one likes to feel discomfort but can it truly be said that you can’t stand it? After all, if you truly couldn’t stand something you would die. In reality, you can stand many things. What’s the worst that could happen if you went without some unhealthy food for a while?”
Stephanie: “Well, when put like that, nothing terrible but how do I change it.”

After this conversation, I introduce Stephanie to two techniques:

Here are some of Stephanie’s coping statements:
I don’t need a cream cake when I am upset
It’s not awful sticking to a diet – just a bit uncomfortable sometimes
I don’t have to eat chocolate even when I have a strong urge to do so.
It’s uncomfortable but not terrible ‐ I can stand it.
If I slip up on my diet that only proves I am a fallible, but still acceptable, human being.
I can still accept myself even when I make a mistake like eating the wrong food.
It’s sometimes hard to stick to a diet but it’s even harder when I don’t.

Referenting
People who have a hard time breaking an unwanted habit will sometimes emphasize the advantages of continuing with the behaviour, and the disadvantages of changing the behaviour. The technique of referenting involves reversing this. In Stephanie’s case, an example would involve writing down the advantages and pleasures of eating healthy foods and the disadvantages and
negative consequences of continuing to eat unhealthy food. These can then be reviewed several times a day, and like the rational coping statements, can be used in challenging situations.

Below is the list created by Stephanie. Although she uses the technique to deal with her diet‐related problem, it can be adapted for any habit or problem behaviour you wish to change. The same applies for the coping statements.
The disadvantages of Stephanie continuing to eat in an unhealthy way:

The advantages of Stephanie eating healthy foods and sticking to her diet:

Stephanie finds it very helpful to go over the disadvantages of not staying on her diet and the advantages of sticking with it. She reads her lists vigorously to herself at least four times a day, especially at vulnerable times such as before eating and before entering a food shop. This, along with coping statements and the support from trusted friends, enables her to lose weight. Stephanie is now at a healthy, happy weight and has also stopped smoking. Using the ideas in this article and from my book ‘The Power of accepting yourself’, you too can learn technique’s that can help you to make powerful changes in many areas of your life.

Michael Cohen is a Hypnotherapist and Psychotherapist and has been in practice for 28 years. He practices at the Kingston Natural Health Centre on Thursdays. This is an extract from his book “The Power of Accepting Yourself”
Publisher: Bookline and Thinker Ltd (10 Jan 2011) Available from
Amazon and good bookshops © Copyright 2011 Michael Cohen 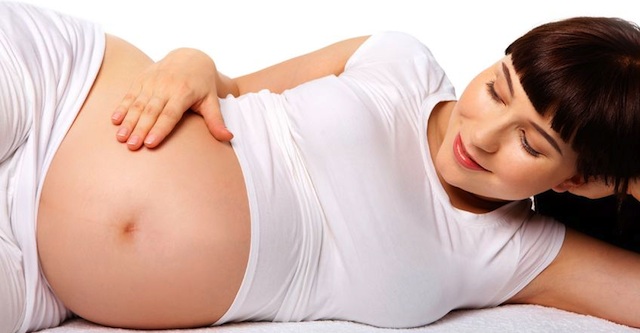 Breast Cancer awareness month, how aware are you?